Another week and another #RainyBrandingTuesday: welcome to the new appointment of this series.

In today’s installment, I’d like to talk about the relation that brand names have with foreign languages – and how this balance can be terribly subtle and fragile if not approached in a professional way by companies.

As I said in some past articles on branding (one is here), along with the right logo, most of a brand is in the name.

Armies of marketing and advertising experts spend hours if not months thinking about all the implications and the tone for the ‘voice’ of a brand – making sure the appeal is targeting the right audience, the name sounds elegant or approachable, the colours are right and appropriate for the line of business and so on. But when it comes to transcreation… something can go terribly wrong.

As mentioned by Mark Ritson in an interesting article, Pret a Manger – the well-know now-giant chain of fresh sandwiches and baguettes – found itself in front of a potential issue with the adaptation of the brand for France, where it was looking into opening outlets.

Matter of fact, I spoke about this with Nelia Fahloun , just the other day over dinner and she confirmed!

I am a big fan of coffee as you may know – and I got a Nespresso machine as a Christmas present last year. It makes lovely coffee and the brand looks so classy and thoroughly structured: the many crus, the shading, the sleek, shiny machines and even the fancy testimonial (!)

The other day I decided to try the Volluto capsules and I talking to an Argentinian friend, all was clear. If you’re pronouncing it with a US English accent (where the ‘t’ becomes almost a soft ‘d’) the effect is hilarious for a porteño as it sounds very similar to “boludo” – typical term used to say idiot.

Well, maybe not a case for changing the name of the capsule altogether, but still food for thoughts (gracias, Rodrigo Mencia). 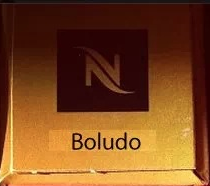 Not as stupid as it sounds

Similarly, I always giggle when I think of the UK online grocery store Ocado, whose brand in Italian means ‘Oh, I fall’ or if I think of that time I had to work on the localization of a brochure for a famous baby products company and the name of their best selling pram meant the equivalent of ‘scam’ in an Italian dialect… Ah the joys of freelancing 🙂 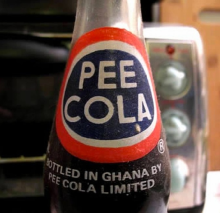 Similarly… Would you ever import this into the UK?Or maybe THIS?!

The examples are many, see them here and have a laugh:

What can we do to avoid such blunders?

Burberry sounds like ‘burberi’ in Italian (grouchy people, that is)

In Italian you read like it’s written! That’s what my mother always says.

Do you have any good examples to add to this list?

What would you suggest to avoid these funny but terrible errors?

2 thoughts on “#RainyBrandingTuesday: When brands go global (and go wrong!)”

Lost for words? Need to brainstorm? Or simply a SMASHING identity?

Join Rainy Branding now - I'll navigate you through a jungle of choice and options, but don't despair, together we can identify exactly what works for you. Seriously!